Check out my previous impressions for a sense of how I felt about Valorant when we first got a chance to play Riot’s 5v5 competitive tactical shooter.

A week later, I’m still having a blast discovering how to get the most out of abilities, barking out the names of locations on maps that I’ve now memorized to teammates, and trying to make shotguns a thing. Valorant seems to have a really great groundwork to build on, and I guess that foundation is what we’ll be watching closely when we move into the summer launch window. Sure, the stuff that’s there is fluid, fun, and “esports ready” out of the gate, but there are a number of aspects that are going to be critical to keep an eye on.

First: modes! Let’s face it. Not everyone that plays Valorant is MLG ready, and not everyone is going to want to play competitive bomb-planting wars 24/7. Asking for something like a team deathmatch is probably too much and too bizarre of a choice for a game like this that’s so heavily focused in tactical coordination, but perhaps there are other options to draw more casual players in without irritating the more hardcore base – something like co-op would do the job nicely, and let players that don’t always want a nail-biter match with twitch corner-peeking and popping have some rest and relaxation. 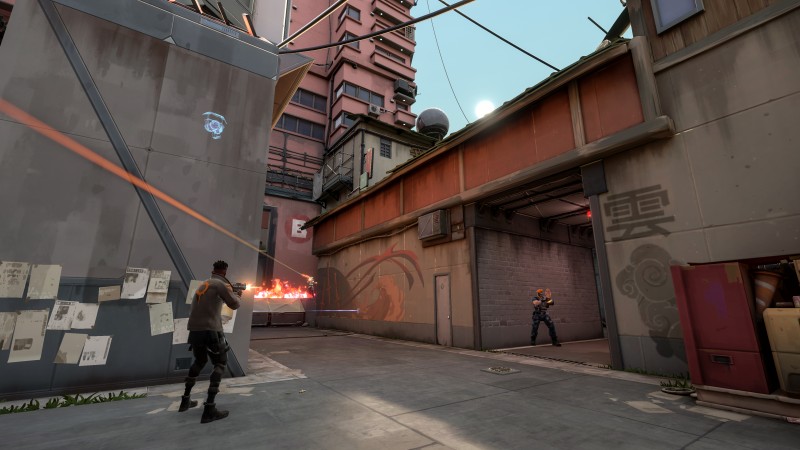 Second, cheating. Almost any FPS out there on PC has a deluge of hackers and cheats that love to exploit the system, from auto aim methods and more, and this is something Riot will have to be extra vigilant about as players start to climb ranks and take the game seriously. Catching all the bad apples is difficult, and Riot will have a challenging task to monitor and eliminate offenders, but keeping the game clean can set it apart from many other titles and make it a competitive destination.

Lastly, I’d love to see some more forms of meaningful progression other than the cash shop. The items you can buy are cool and give your armaments some definite flair (and you can even level them up to do even cooler things!) but some match-to-match meta-motivation outside of the inherent “battle passes” for each character might be interesting. It’s not that what’s there isn’t good (it is), but with limited maps and only one mode right now, despite the massive variance from game to game, things can get dry once in a while as you stare at the highly functional but not too flashy menus.